Shopping Cart
Your Cart is Empty
Quantity:
Subtotal
Taxes
Shipping
Total
There was an error with PayPalClick here to try again

Thank you for your business!You should be receiving an order confirmation from Paypal shortly.Exit Shopping Cart

Judith teaches art courses at the University of South Florida in Sarasota and owns Phoenix Art Workshops, a business providing art talks and workshops. She coordinates artists in residence programs in the schools, specializing in integrating the arts into the curriculum.

Judith Levine attended Rutgers and Fairleigh Dickinson Universities and earned a B.A. in art and art education. She earned an M.A. in Visual Arts from Montclair State University, New Jersey where she was on the art education faculty. She was an art educator and district art supervisor in Parsippany, N.J. and was awarded Art Educator of the Year locally and statewide.

Judith was the recipient of several grants to travel, study, and photograph the art of Tibet, West Africa, Egypt and Indonesia. 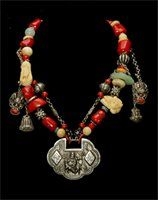